Since the first time I picked up a guitar, all I've ever wanted to do was to write songs.
I was never too interested in learning how to play, I just wanted to make interesting sounds.

in 1987 Pony and I formed a band called The Regulars  (named after a Replacements song) along with Scott Schotz and Tracy DeChambeau.
( Andy Wenner joined at a later date as a second guitarist. )

The early days were full of drunken debauchery . The songs we wrote were short catchy and wrought with dark humor. We stretched the boundaries of everything that was conventional in rock and roll. If somebody else was doing it we didn't even want to try that thing, we wanted to do our own unique thing. It was hard to find places to play and when we did, the crowds weren't very receptive because we were so unconventional.  At any given show we would end up getting drunk and amusing ourselves. It was like being in a room full of people and you and your buddies were laughing at something that nobody else thought was funny.
The ultimate inside joke.
Eventually we gave up trying to please people and decided to go underground as far as we could. For ten plus years we locked ourselves in a studio and wrote songs
for ourselves without any intention of releasing them to the public. Each writing session would devolve into a contest  to see who could be weirder.  It was a high wire
act which was always teetering between brilliance and insanity. Ultimately the whole thing came undone as we spiraled further and further into madness.

In retrospect we were simply a band in the wrong place at the wrong time. Ina certain sense, The Regulars my be the greatest band that never was.
An interesting footnote: The Regulars may lay claim to Rock and Roll history as the most prolific band of all time. We recorder two studio albums (one of which is lost)
and have a library of one thousand original songs on tape.( Actually it's more than a thousand but that's were I stopped counting.)

The Regulars were asked to do a reunion show in 2010. I initially declined because the thought of reopening that chapter was just too painful. Later that
day I was driving in my car and looked down at the gas gauge to see it read " 9 miles to E ". I immediately began running a list of the nearest gas stations through my
head and wondering if I would be able to make it there. I figured I had one shot at making the right decision on which gas station to head to or I would be walking.
It was in that moment that I found my motivation to do The Regulars reunion. I called the promoter back and told him I would do the show if they let me put a band
together to open for The Regulars. ( My son Jason's band , Red 45 : had broken up and this show might be my one and only chance to share the stage with him.)
I told him the name of the band would be "Nine Miles to Empty"

When 9m2e took the stage that night I found everything I had once loved about playing music come rushing back. Rock and Roll was fun again. Since then I haven’t looked back and I though continue to write songs that are out of the mainstream, but this time I’m determined to let the audience in on the joke.

2010 Fender Blacktop Jazzmaster HS ___________________________________ It should be a law that all guitars must have a Jazzmaster neck pup. This is a solid guitar for the money. The coolest feature is the combo of the Humbucker and Jazzmaster pups. It's really a Jekyll and Hyde thing. The middle position is nice but it's real strength is switching from one sound to the other . This was my favorite guitar for Elvis Costello type songs until i got the J Mascis Jazzmaster which has become my go to guitar for live performances. 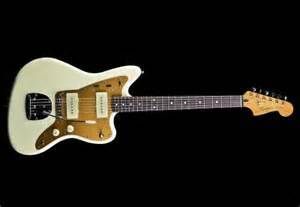 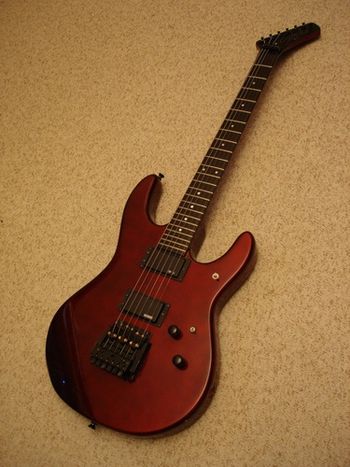 1985 WASHBURN G20v. My first Guitar. It's was my main guitar for 15 years with The Regulars. It fucking grinds like a chainsaw in overdrive. The neck got twisted when I left the case in the hot sun at an outdoor gig. (Let that be a lesson to you all). Still i can never get rid of it. . 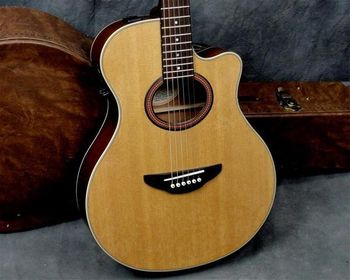 1998 YAMAHA APX 4a Electric Acoustic. ____________________ I play this guitar more than any other because up until recently it sat next to my desk and i would pick it up at least once a day when i needed a break from the computer. I love how Yamahas feel. the action is just right and the neck is a perfect fit. The only knock on this is that it's a thinner body so it's not a real full sound. It was the guitar i used for writing most of the Regulars songs. Pony, Jason an I recorded a bunch of tracks way back as Project X and i used this guitar exclusively. Sadly to say it has been replaced as my main song writing guitar by my Epiphone Ej 200 because i wanted something that fit my voice better. But i won't sell it.